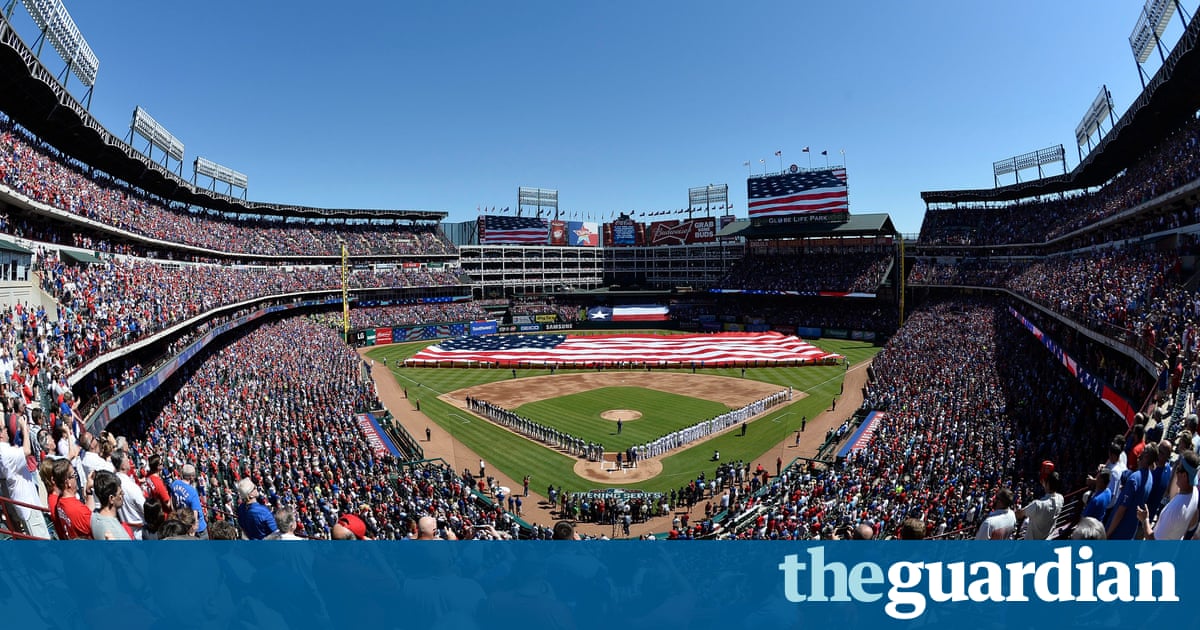 At a cost of $1bn to put a chill in the air during Texas Rangers games, it would surely go down as the sports worlds most expensive air-conditioning bill.

Voters in the city that is home to the Rangers go to the polls on Tuesday to decide whether to finance a new Major League Baseball stadium that would replace a popular facility that is barely two decades old.

The election raises the question of how much a team is really worth to its community, and whether, just a few days after 102-year-old Wrigley Field basked in the World Series spotlight, stadiums are becoming almost as disposable as their corporate naming rights.

Globe Life Park, then known as the Ballpark in Arlington, opened in 1994 for less than $200m when a certain George W Bush was the clubs managing general partner. Local taxpayers were on the hook for most of the cost. As The Ringer pointed out, Bush called it a monument to baseball and the team president at the time said it was being built for 100 years. It may not last 30. These days the team is emphasising what it lacks: air-conditioning, a retractable roof and capacity crowds. The Rangers want to move to a new, smaller, stadium across the street by 2021, even though eight years remain on their deal to play at Globe Life.

The projects cost is estimated at $1bn.Voters must decide if Arlington will contribute $500m through sales, hotel and car rental taxes (a model used for the current ballpark and the Dallas Cowboys adjacent home) with the team responsible for any cost overruns.

The heat and humidity can undoubtedly be oppressive, and the Rangers average attendance this year of 33,461 was some 15,000 below capacity, even though the team were the runaway winners of the American League West. But the park still looks smart and is one of MLBs more visually appealing venues both inside and out, with a design that evokes old-time charm and Texan touches such as giant stone longhorns on the facade. The Cowboys play only half a mile away at AT&T Stadium; Arlington funded about a quarter of that arenas $1.2bn cost.

The perceived shelf life of stadiums is getting shorter and shorter. It used to be that if you had a stadium that wasnt at least 30 or 40 years old you had to be crazy to propose building a new one. But now all kinds of teams are proposing that, said Neil deMause, co-author of a book on publicly-funded stadiums, Field of Schemes.
Suddenly the idea of whats considered obsolete has gotten reframed, he said. Its really just about at what point do you have the chutzpah to demand a new one?

Andy Prior, media liaison for the Save Our Stadium campaign, expects a close outcome on Tuesday. Last month a WFAA/Fort Worth Star-Telegram poll found respondents were split evenly, with 42% for and 42% against.

Im a third-generation Rangers fan and when I heard [the plans] on the news way back in the beginning of May, early June, I was really flabbergasted, he said. Weve had the Texas Rangers here in Arlington for 45 years now, its always been played outdoors, theres absolutely nothing wrong with the current ballpark, its one of the best in the major leagues.

The cult of the new stadium is not restricted to baseball. The Georgia Dome has twice hosted the Super Bowl since it opened in 1992. But next year it is scheduled to be reduced to rubble, the site destined to be a parking lot for Mercedes-Benz Stadium, the new home of the Atlanta Falcons NFL franchise.

In general these days, DeMause said, I think theres a little bit more awareness and a little bit more public opposition just because some of the demands are getting so outrageous because the timespans so short. I think the fact that the Arlington vote is expected to be close is significant because this is a city that has voted before with no problem for stadium subsidies and its a campaign where the Rangers and the stadium advocates are outspending the opponents tremendously.

Changing fan expectations, the growth in luxury seating and the success of the new-retro Oriole Park at Camden Yards in the early 90s helped inspire a ballpark construction boom. Only 10 current ballparks are older than the Rangers. Of the 30 major league stadiums, half have been built this millennium if we include SunTrust Park, the Atlanta Braves new digs from 2017. They are leaving Turner Field after only 20 years, also for a smaller venue.

Am I happy that theyre going to have a new ballpark? Well, if it makes them bigger, better and more competitive, sure. But I was stunned when I heard that a deal had been cut fairly quickly and behind the scenes for a ballpark to be built in Arlington years and years and years before the current deal ends, said Michael Cramer, the Rangers president from 2002-04.

Structure is good, viewing lines are good, theres plenty of room for concessions and places to sell merchandise, plenty of suites. It had all of the features that you never would have found in the old breed of ballparks, he said. To say theyre doing it to be competitive because its hot in Texas? Wait a minute, they didnt know it was hot in Texas in 1993?

Still, Cramer understands Arlingtons desperation to ensure the club stays in the city and believes it will be able to absorb the costs. If I were a voter I would vote for this, he said.

Arlingtons mayor, Jeff Williams, is spearheading the campaign for a yes vote on 8 November. He argues that the plan does not call for new taxes; detractors call this claim misleading, since taxes that would have ceased would instead continue.

At issue is not only fans perspiration tolerance levels but the fear that a no will encourage the team to leave, dealing a blow to the local economy and the citys prestige. Williams told the Texas Tribune that if the Rangers go elsewhere, Arlington will lose out on $77m in annual economic impact and 2.5 million visitors per year.

In a metropolitan area of about seven million people over an area of roughly 9,000 square miles larger than the state of New Jersey there is no shortage of space or ambitious municipalities. The Rangers and Dallas have flirted with the possibility of joining the citys NHL and NBA sides downtown, though without any indications the relationship might get serious.

But Arlington, a functional place of 390,000 people between Dallas and Fort Worth, lacks tourist appeal beyond its sports teams and an amusement park. It is understandable that the city is so eager to keep a team it has hosted since 1972, and also that many locals would balk at the cost. According to census figures from 2014, 17% of residents live in poverty, 25% are without health insurance and the median household income is $53,055.

Critics argue that the city should have more pressing priorities than subsidising a private sports business co-owned by a billionaire. Its not like Dallas had a deal on the table and Arlington had to come and match it, DeMause said. All the Rangers owners really had to do is sort of hint at, well, Dallas is sitting right there and Arlingtons response was: well, how about half a billion dollars, does that sound good? Weve seen this time and time again where cities make huge offers just based on the vague threat of the team could go somewhere else.

This tactic is hardly unique to the Lone Star State. As the Arizona Republic reported, the Arizona Diamondbacks recently threatened to leave Chase Field opened in 1998 in downtown Phoenix and air-conditioned in a fierce dispute between the team and its county over who should pay for repairs projected to cost $187m over 12 years.

Its not just stadiums that cost a fortune though: that sum is $19m less than the Diamondbacks agreed to pay star pitcher Zack Greinke over six years when they signed him last December.