Who invented air conditioning, and why there’s more than meets the eye to his humble invention 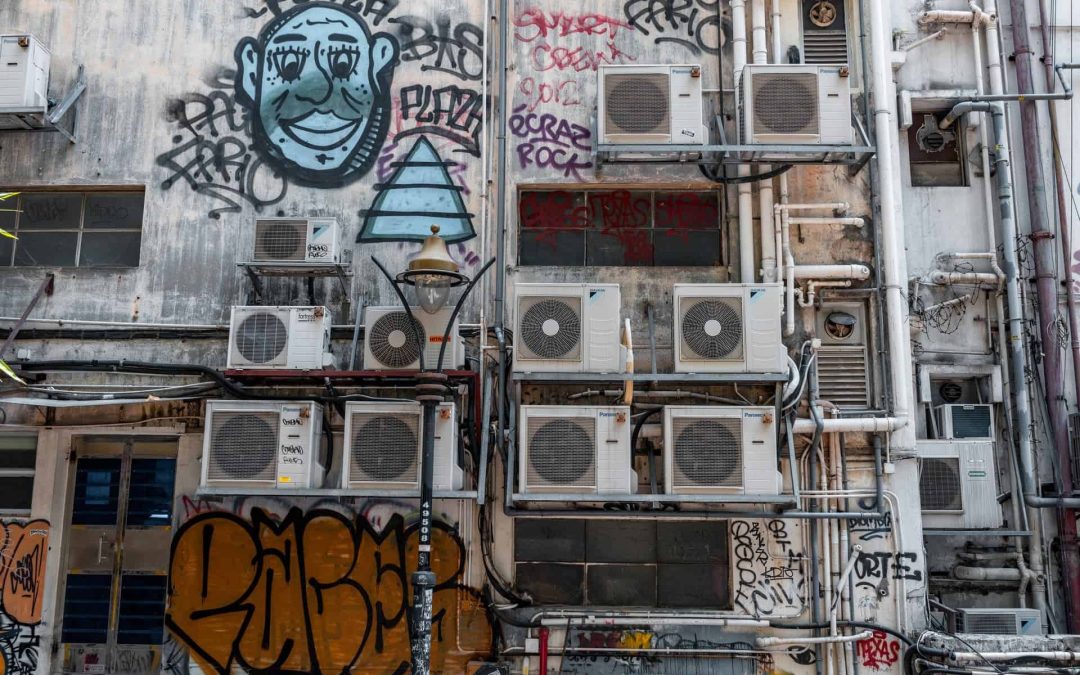 With all the heating around us, god bless the man who invented the air conditioner, right? Air conditioning is surely a marvel of modern technology, so marvelous that it is considered the 10th greatest engineering achievement of the 20th century. But how does it work, and who invented it? Oh, and why is air conditioning a sort of mixed blessing?

Interestingly, the air conditioning (AC) wasn’t originally invented to cool down our homes, offices, and cars. Instead, the AC technology was actually developed to reduce humidity levels in printing plants so that the printed material would stay protected from moisture.

Later, scientists and engineers figured out various uses of the AC and today the technology not only helps us to stay chill on hot summer days but also plays an important role in the storage of goods, management of power plants, food preservation, medical treatment, and various other fields.

Who invented the AC?

American engineer Willis Haviland Carrier is the inventor of the first modern air conditioner (also AC). He built it in 1902 for Sackett-Wilhelms Lithographing & Publishing Company, a Brooklyn-based publisher.

The hot and humid environment inside the printing facility was causing the freshly produced paper to accumulate moisture. Due to the high moisture content, the paper brought for printing in the facility would shrink and lose its smoothness, and therefore ink could not be printed on it in the desired manner.

Carrier solved this problem by developing a simple belt-driven system that pulled in the hot air from the room and passed the same through a fine spray of water (washing down dust particles). The treated air was further passed through coils with cold water, getting rid of the extra humidity while lowering the air’s temperature and finally, the dehumidified air was sent back into the room.

The printers loved this simple system. Not only did it solve their problem, but it also cooled the air down, making the printing room atmosphere more comfortable for the workers. On January 2, 1906, Wills H. Carrier received US Patent 808,897 for his air conditioner system named ‘Apparatus for Treating Air’. His system became the world’s first spray-type air conditioning equipment.

Later, Carrier founded the AC company which is now known as the Carrier Global Corporation, a home appliance manufacturer that currently sells its products in more than 150 countries. Interestingly, Carrier wasn’t the one who came up with the term “air conditioning”; it was Stuart W. Cramer, another American engineer who developed humidity regulating systems for textile manufacturing plants.

Sorry to interrupt, but you should really…

I have read and agree to the terms & conditions.

It took some time for air conditioning to take off. The first practical room ACs were developed by inventors H.H. Schultz and J.Q. Sherman in 1931 and the first car AC was invented by Chrysler Motors in 1935. It took a few more decades for them to become popular.

How does an AC work?

An air conditioning system’s job is to pull in heat from your room and dump it outside your house. However, as simple as that may sound, there’s a clever bit of physics and engineering involved. So before you dive into the mechanical function of an air conditioner (AC), you must understand a few basic concepts of thermodynamics.

Now that you have a fair idea of how heat transfer happens, let’s look at how the four major components of an AC work and provide you with the much-needed cooling on a hot summer day.

The condenser is located in an air conditioner’s outdoor unit (ODU). It has a network of metallic fins through which the condenser transfers heat from the vaporized refrigerant to the surrounding environment. Condensers are also known as heat exchangers because of their role in expelling heat out of the system. When the hot refrigerant vapor passes through a condenser, a drop in temperature forces it back into a liquid stage, ready to be fed back into the compressor.

Boiling occurs when a liquid gains heat and changes to the vapor state, whereas superheating happens when a vapor is heated above the boiling point of the liquid. Superheating is an essential part of the cooling process. It ensures that before leaving the evaporator and reaching the compressor, the liquid refrigerant of the air conditioner is completely vaporized. The vaporization of refrigerant is essential because the compressor can undergo severe damage if it comes in contact with liquid refrigerant.

The compressor is the heart of an air conditioning unit. The gaseous refrigerant is reduced in volume by compression and sent to the system in a liquid state. Next, the compressor receives a cooled-down refrigerant from the vaporizer and converts it into liquid form. Finally, it is ready to be fed to the vaporizer to continue the cooling cycle.

From increasing our quality of life to keeping our surroundings comfortable even in extreme climatic regions and preserving food and medical supplies while they are transported from one corner of the world to the other, air conditioning has played a major role. Here are some other important applications of air conditioning systems:

Apart from these heavy applications, there are many more simple uses of AC units; for example, many animal farm owners use air-conditioning systems to keep their livestock comfortable during the summers so that the milk yield is not affected. So now you know air-conditioning is much more than just a means to feel relaxed, it helps factories function well and businesses grow fast.

So is the AC a perfect invention?

Not everything is positive about ACs. In fact, they are highly responsible for increasing our carbon footprint and releasing harmful chemicals into our environment. Until recently, air conditioners used CFCs or chlorofluorocarbons as refrigerants (now, hydrofluorocarbon or HFC is used which is believed to be less dangerous to the environment). Upon release into the atmosphere, the CFCs damage the ozone layer, and form what is known as the ‘ozone hole.’

Since the beginning of CFCs production in the 1920s, the thickness of the ozone layer, on average, has reduced by three percent, and this has immensely contributed to the climate change threats that we are facing at present. Another big issue arising from widespread air conditioning use is the huge energy consumption.

On average, a typical air conditioning unit consumes about 3000 to 5000 watts of electricity every hour, leading to increasing global electricity demand. Since most of the electric power in many countries still comes from burning fossil fuels, the increased demand is causing environmental pollution and more carbon emissions.

Moreover, ACs can also lead to skin diseases and various health-related problems (such as arthritis, eye infection, respiratory ailments, etc.). A study was conducted on two groups, one working in air-conditioned cabins and the other in a naturally ventilated office, revealed that people who spent their working hours in the AC free office faced fewer health-related issues that the ones who worked in an AC equipped office

According to researcher William Fisk “A large body of research has found that occupants of offices with air conditioning tend to report more sick building syndrome (SBS) symptoms than occupants of naturally ventilated offices.”

The cost of the comfort that ACs provide is very high, and by cost, here you should not only consider your electricity bill but the environmental problems that are caused due to the use of ACs. In the times, when humanity is focused on creating more earth-friendly and sustainable solutions, we definitely need better cooling solutions, so the next time you see an air conditioner turned on, even when there’s no need, switch it off!